We are delighted to bring your attention to the following events taking place around Spain this autumn. You will be familiar with some events from my previous newsletter, but we have included them here again as a reminder. 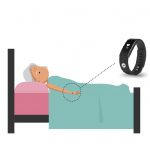